As I jacked up the car, I noticed the oil spilling out of my rear shock.  Looks like I know what the next chapter in vehicle repair will be.
Posted by Scott McGrath at 8:23 PM 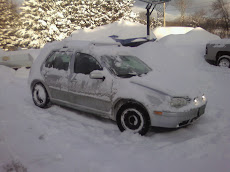